Intacs are implantable IntraCorneal Ring Segments (also known as ICRS). This is a procedure which may be helpful for patients with keratoconus or corneal optical irregularities such as ectasia after other surgeries.

Intacs were originally FDA-approved, to correct low degrees of nearsightedness. In 2004, Intacs were approved by the FDA for the treatment of keratoconus. Results of Intacs for keratoconus treatment have been encouraging, especially in patients unable to tolerate contact lenses, those with poor glasses corrected vision, or keratoconus patients who otherwise might require a corneal transplant.

Intacs are two small crescents of contact lens-like material (PMMA). Unlike procedures such as LASIK, Intacs are implanted into the outer edge of the cornea so that the center of the cornea remains untouched.

The insertion of Intacs causes the cornea to generally flatten. In addition, Intacs tend to decrease irregular astigmatism found in keratoconus Intacs can be safely removed if necessary. In such cases, the cornea will generally return to its preoperative condition.

Before (left) and after (right) Intacs.
The red keratoconic cone has flattened to a more symmetric, blue, configuration.

The primary goal of Intacs in keratoconus is to make the eye again tolerant of contact lenses and to avoid corneal transplantation. Other goals are to improve vision with glasses as well as uncorrected vision (without glasses or contact lenses).

The goal of Intacs varies with the severity of your problem. Here at the CLEI Center for Keratoconus, we have been working with Intacs for KC for over a decade.

Our data analysis and research over the years have let us develop enhancements to the procedure. These include creating Intacs tunnel geometries designed to best reshape your cornea, and use of different Intacs sizes and positioning techniques based on your corneal analysis. This has led to improved outcomes over the years.

At the beginning of the procedure, topical numbing drops are applied. A lid holder supports your lids to avoid blinking during the procedure. A channel within the cornea is then prepared, into which the Intacs will be inserted.

This step is done with a laser called a femtosecond laser or  Intralase.   A suction ring is placed to stabilize the eye, the channel is prep

Some patients may have 2 Intacs placed, others may have only one placed depending on the individual cornea. At the end of the procedure, eye drops are given, and a clear plastic shield is applied for protection. You will use eye drops to avoid infection and inflammation for 1 week.

Vision begins to improve the day after the procedure but may fluctuate for several days. Most people can return to work one to two days after the procedure. During your follow-up examinations, we will determine if additional procedures may be beneficial.

These include changing Intacs size or position, adding supplemental procedures such as CK, and other techniques. Keep in mind that Intacs is not necessarily a one-time procedure… further, treatment might be necessary over the months after your surgery to enhance and optimize the final result.

At the CLEI Center for Keratoconus, we are working on innovative approaches to treating keratoconus. We have found that, in some cases, Intacs can be combined with the Conductive Keratoplasty (CK) procedure.

CK is a collagen shrinkage procedure that can help reshape the cornea. In combination with Intacs, or performed after the Intacs suture is removed, CK may allow for the better reshaping of the keratoconic cornea. In fact, we were the first to perform this combined procedure in the U.S.

Although an FDA-approved procedure for the correction of farsightedness, it is important to know that CK for the treatment of keratoconus in not FDA-approved. However, it can be selected by the patient and doctor as an “off-label” procedure if appropriate. We will discuss this with you if we think you are a good candidate for Intacs/CK combined surgery.

Intacs can also be combined with corneal collagen crosslinking (CXL). We have formally worked with the 2 procedures over the past several years in a clinical trial performed at the CLEI Center for Keratoconus.

The goals of CXL and Intacs in the treatment of keratoconus are different. Intacs are used to improve corneal shape whereas cross-linking makes the corneal stronger to decrease disease progression over time.

The primary goal of collagen crosslinking in the keratoconic patient is to strengthen and stiffen the corneal fibers in order to decrease the progression of keratoconus and to decrease the cone steepness in some patients.

For patients having both the Intacs and CXL procedure, typically we will fashion the channel for the Intacs with the femtosecond laser first. Then the surface epithelial cells of the cornea are then removed and riboflavin drops are administered for 30 minutes.

The riboflavin acts both to enhance the crosslinking effect and to protect the rest of the eye from the UV exposure.

The patient then looks at a UV emitting light with continued administration of riboflavin drops. At the conclusion of the CXL procedure, the Intacs are placed within the previously prepared channels. Antibiotic and anti-inflammatory drops are used for two weeks afterward.

Intacs, in selected cases, may be used as a supplemental procedure to LASIK or LASEK/PRK for the treatment of severe nearsightedness. This may be particularly useful in patients with thinner corneas which prevent the safe treatment of the full amount of nearsightedness with the laser alone.

Ask Our Office A Question 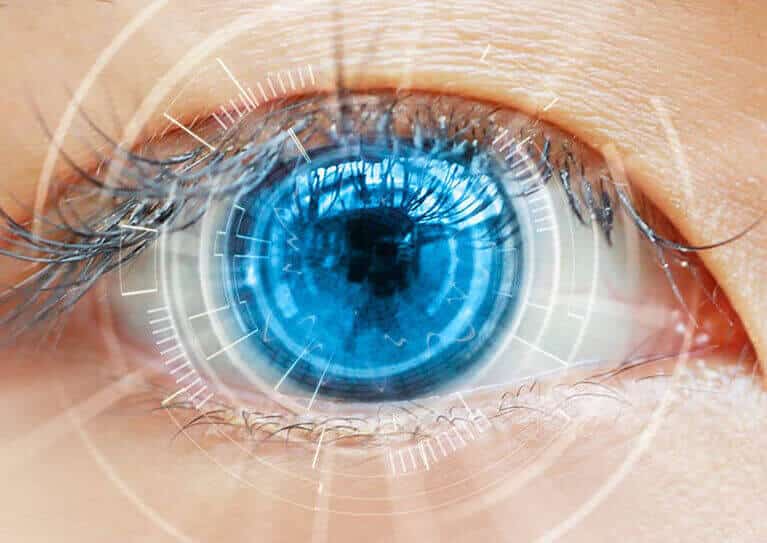 My experience at The Cornea and Laser Eye Institute has been amazing. All of the staff have been helpful and courteous...

Dr. Hersh and his staff were excellent. I was comfortable from the time I walked in until the time I left after the procedure.

The material contained on this site is for informational purposes only and is not intended to be a substitute for professional medical advice, diagnosis, or treatment. Always seek the advice of your physician or other qualified health care provider.